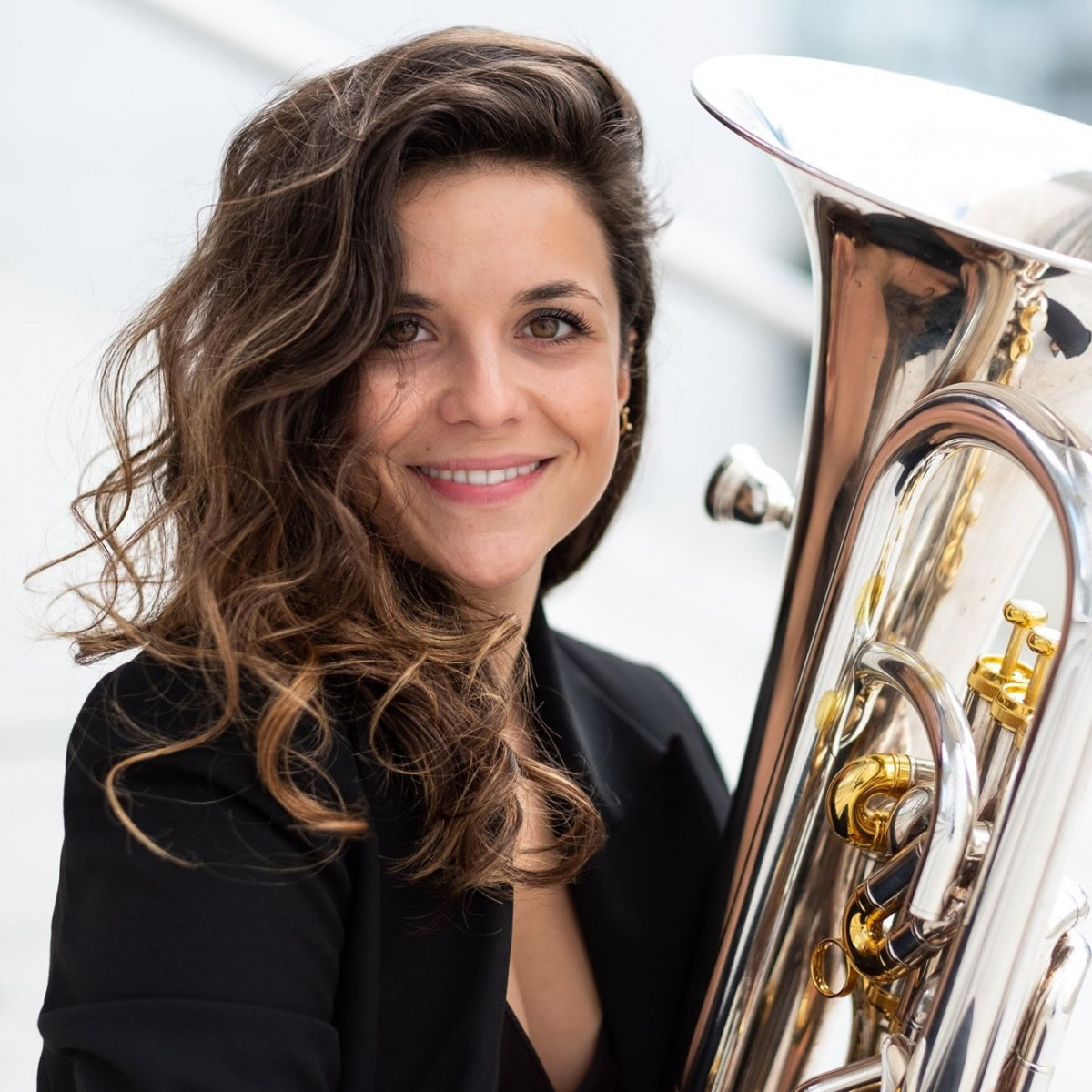 Hélène Escriva is part of this young generation of curious and dynamic tuba players who wish to give the euphonium and the bass trumpet a prominent place in ensemble music.

Hélène started playing the euphonium at the age of 6 at the CRD du Tarn before entering the CRR of Toulouse where she obtained in 2011 the first prize with honours. She continued her studies at the Conservatoire National Supérieur de Musique et de Danse de Paris in the class of Philippe Fritsch and Jean-Luc Petitprez. In 2015, she obtained her DNSPM with honours and the congratulations of the jury. At the age of 18, she won the gold medal at the European Competition for Young Soloists in Luxembourg and two first prizes at the National Tuba-Euphonium-Saxhorn Competition in Tours in 2011 and 2013 in the Prestige category.

Hélène Escriva has been a laureate of the Yamaha Foundation and the Meyer Foundation since 2015. 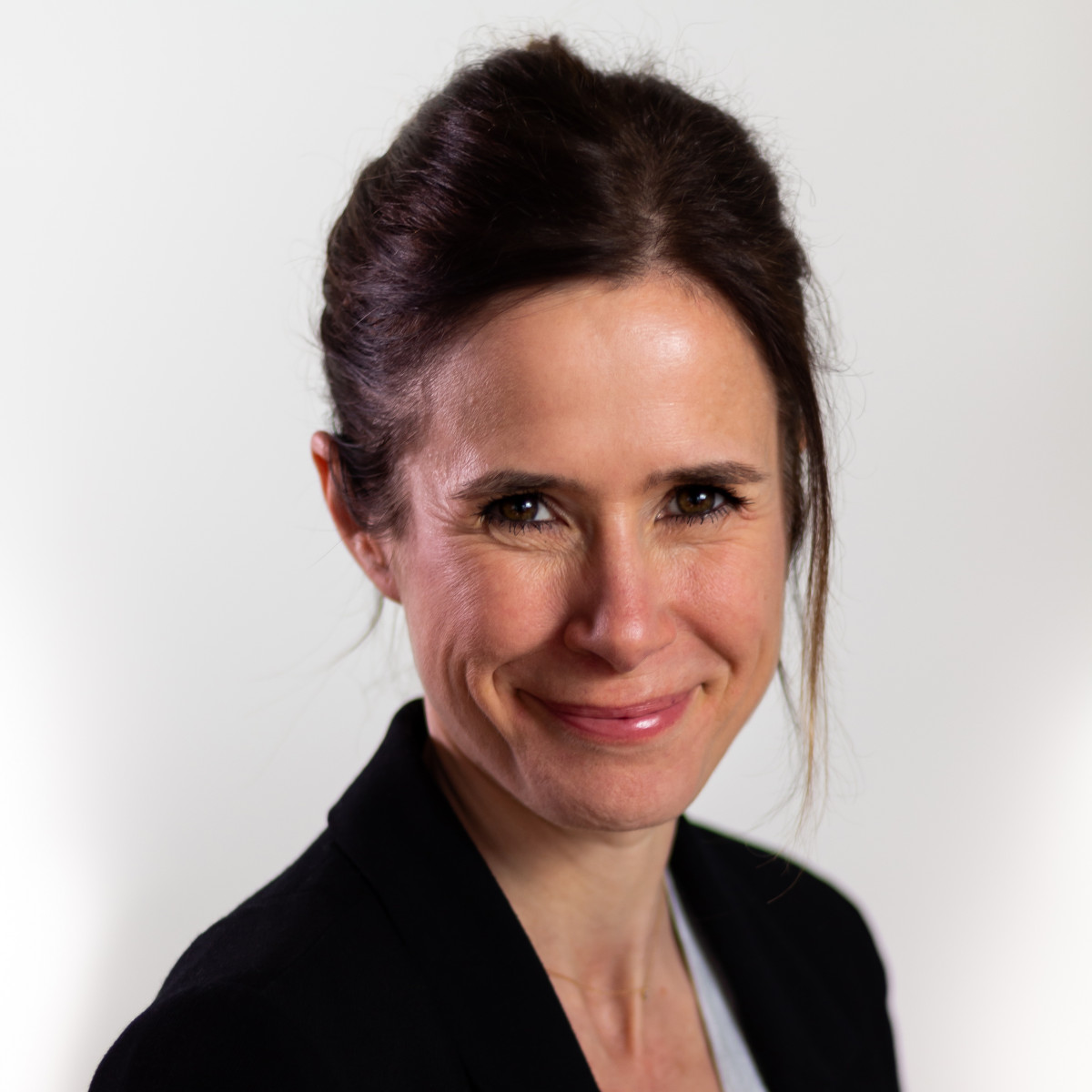 Nancy Rieben is a musicologist and has been teaching at the Musicology Unit of the University of Geneva since 2007. At the Haute école de musique de Genève - Neuchâtel, she has been teaching music history since 2004 and, more recently, music mediation and yoga. Her work at these two institutions has led her to take care of teaching exchanges between the HEM and the University, as well as to imagine common courses of study, such as the Bachelor's degree in "Music and Musicology" which she has been coordinating since 2008.

Her taste for transmission and mediation has enabled her to forge numerous links with local institutions such as the Department of Culture of the City of Geneva, the Classical Encounters of Vernier, the Association Arts et Lettres in Vevey, the Grand Théâtre de Genève, the Orchestre de la Suisse Romande, the Geneva Chamber Orchestra, the RTS and the Geneva Music Competition. Her long-standing collaboration with the Clara Haskil Competition in Vevey has led her to take care of the pianist's archives held at the Lausanne Cantonal and University Library and to sign an exhibition dedicated to the musician at the Palais de Rumine in Lausanne in 2021.

pedagogy and head of educational programmes 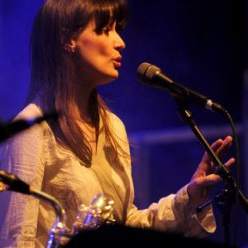 Carine Tripet holds a doctorate in social and political sciences, specialising in educational sciences, and is also a musician. Coming from a jazz background, but specialising in world vocal music, she is active in Valais where her musical projects revolve around issues of immigration and Valaisan heritage. She was awarded the Musique Pro Valais cultural grant for the period 2014-2017 with her ViaVallesia project. She is currently a professor at the Haute école pédagogique du Valais, where she has led several training courses, and she is well acquainted with the field of music pedagogy, having taught this discipline for six years at the HEMU. As such, the content of her courses is resolutely interdisciplinary, drawing on all useful sources in order to establish a solid network of concepts and notions enabling young teachers to self-analyse their practice. It is in this perspective that her recent publications focus on the construction of the professional identity of music teachers. 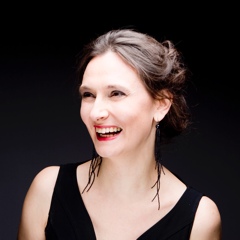 Born in Annecy, France, Beatrice Martin began studying the harpsichord at the age of six. Her musical path led her to study with great harpsichord personalities: Christiane Jaccottet at the Geneva Conservatory of Music, Kenneth Gilbert, and Christophe Rousset at the Conservatoire National Supérieur de Musique de Paris. There she obtained numerous first prizes with the highest distinctions, and completed a cycle of advanced studies. She also received valuable advice from Huguette Dreyfus, Ton Koopman and Lars-Ulrik Mortensen during masterclasses.

In 1998 she won first prize at the Bruges International Harpsichord Competition, and also received the Audience Prize and the Bärenreiter Prize. The following year, she was named Révélation de l'ADAMI at MIDEM in Cannes.

Valued for her talent as a continuo player, she has performed at numerous festivals and in a variety of ensembles. She has also been a privileged partner of William Christie and his Arts Florissants for twenty years.

Renowned for the quality of her teaching, Béatrice Martin created the harpsichord class at the Escola Superior de Música de Catalunya in Barcelona and is currently a visiting professor at the Juilliard School in New York.

In 2000, Béatrice Martin founded the ensemble Les Folies françoises with Patrick Cohën-Akenine, in the development of which she plays an active role. 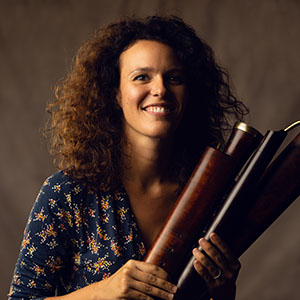 Born in Lugano, Switzerland, Giulia Genini began her recorder studies at the Conservatorio della Svizzera Italiana with Giorgio Merati. Her interest in early music and period instruments led her to Basel where she continued her studies at the Schola Cantorum Basiliensis with Conrad Steinmann. At the same time she began to study the dulcian and the baroque bassoon with Josep Borras and Donna Agrell. In 2008 she obtained her recorder diploma (interpretation and pedagogy) with distinction and in 2010 her Master's degree in historical performance practice on the baroque bassoon and dulcian, also with distinction.

She performs as a recorder player and bassoonist with numerous international ensembles and works with renowned conductors. As a soloist she has performed with the Venice Baroque Orchestra under the direction of Andrea Marcon at the Menuhin Festival Gstaad, Schleswig Holstein Musikfestival, Settimane Musicali di Ascona, Geneva Victoria Hall, Carinthischer Sommer Festival Ossiach and at New York Carnegie Hall.

Since 2015 she has been a frequent guest coach at the Conservatorio della Svizzera Italiana in Lugano, coordinating wind sections for orchestral projects on historical performance practice. There she also works as a co-leader of studies in the field of performance. 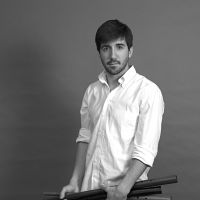 As a researcher he has contributed to the thought of Midi (Actes Sud). As a teacher, he has been invited to give lectures and masterclasses at the Royaumont Foundation, notably on the history of notation and Lutheran music in the Holy Roman Empire. Today he is professor of cornetto and ensemble music at the Koninklijk Conservatorium in Brussels and professor of 16th and 17th century ornamentation at the Royal Conservatory of Brussels.

In constant research on his instrument, he is currently pursuing a doctoral course on the mute cornet and its use in 17th century Germany in cotutelle between the Koninklijk Conservatorium and the Vrije Universiteit in Brussels. The thesis will be presented publicly in 2022. He is the dedicatee of several pieces by contemporary composers: Zad Moultaka, Fabrice Fitch, Bernard Foccroulle...

Eager for unusual collaborations, he works with the choreographer Catherine Contour and discovers the practice of hypnosis; he explores more and more the possibilities offered by his instruments in current music: collaborating with artists such as Liesa van der Aa, Shara Nova (My Brightest Diamond) , Petur Ben , Mugison or Efterklang . He is also the guest of several jazz and improvisation projects with artists such as Emmanuel Baily, Xavier Rogé, Franck Vagané, Adam Woolf, Jon Birdsong or Eric Vloeimans.

florence jaccottet
head of the music and movement department 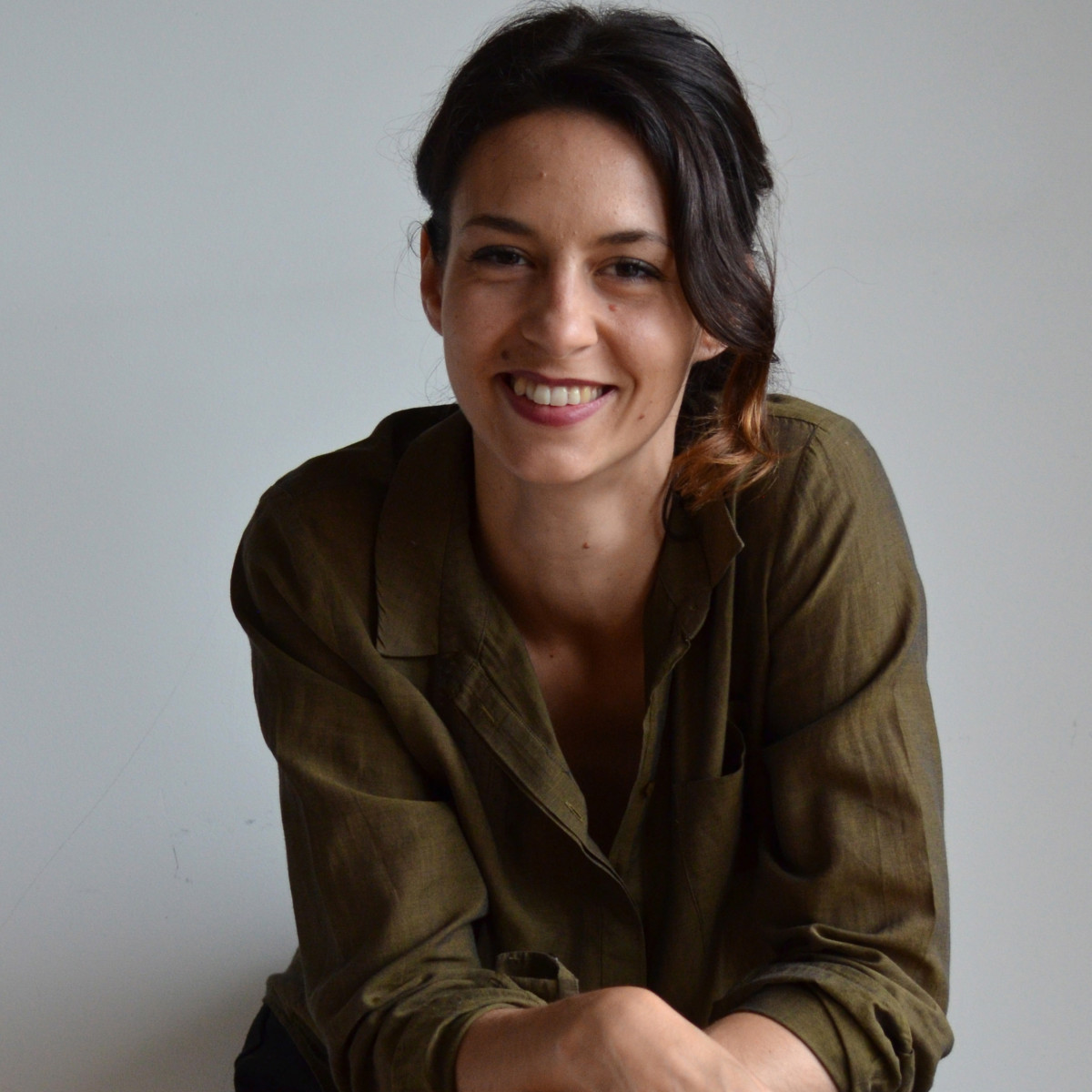 Florence Jaccottet was introduced to Jaques-Dalcroze rhythmics at the Lausanne Conservatory from a very young age, while studying piano.

Fascinated by everything related to physical and musical expression, she joined the music and movement programme at the HEM where she obtained a Bachelor of Arts in 2011, completed two years later with a Master of Arts in Jaques Dalcroze pedagogy.

Since 2015, she has been teaching movement technique and composition as well as creation at the HEM, and in 2018 she was appointed as a lecturer in rhythmics at the institution.

Between teaching and artistic expression, Florence Jaccottet's activity also revolves around her passion for dance, whose various forms she has been experimenting with for many years. Placed at the heart of her artistic research, the expression of the rhythm and musicality of movement makes her dance a singular contemporary language. 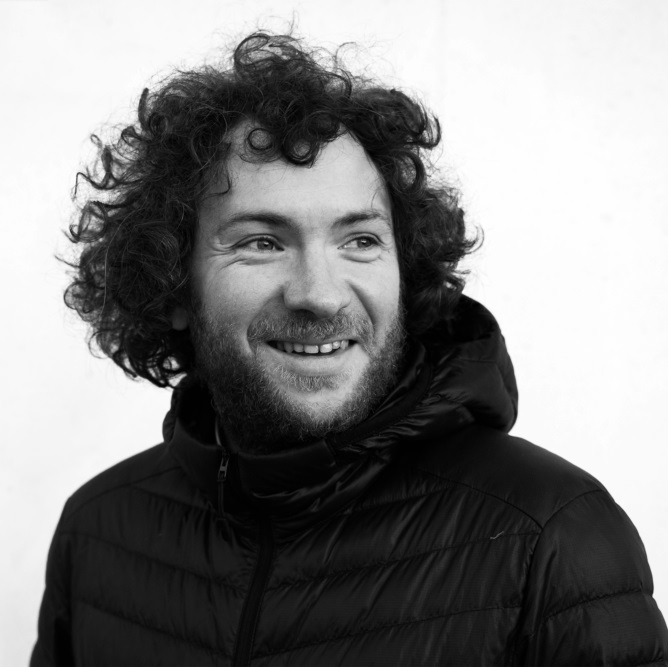 A child prodigy, Pierre Fouchenneret obtained his first prize in violin and chamber music at the age of 16 at the Paris Conservatoire in the classes of Olivier Charlier and Daria Hovora. He went on to win the Grand Prix of the Bordeaux International Chamber Music Competition, the Sacem's Georges Enesco Grand Prix, and became a laureate of the Natixis Foundation and an associate artist of the Singer Polignac Foundation.

Invited to perform all over the world, Pierre Fouchenneret is quickly brought to play with exceptional musicians such as the Fine Art Quartet, Jean-François Heisser, Jean-Frédéric Neuburger, Zongh Xu, Julien Leroy, Nicolas Angelich. In 2013 he founded the Strada Quartet with Sarah Nemtanu, Lise Berthaud and François Salque.

Pierre Fouchenneret is a complete artist recognised by French and international orchestras for his audacity and his vision of the repertoire. 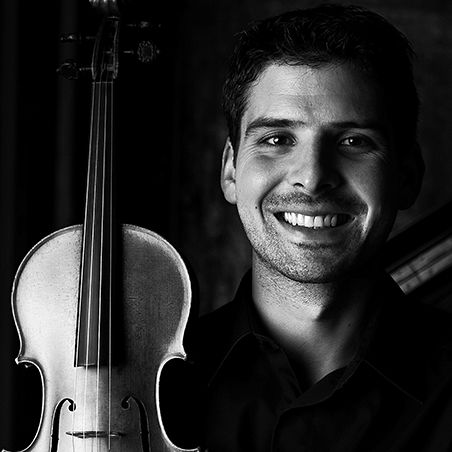 Julien Zufferey is a talented violinist who trained with Tibor Varga in Sion, Margarita Karafilova in Lausanne and Berent Korfker in Amsterdam before perfecting his skills with Shmuel Ashkenasi in Chicago and Lübeck.

Julien Zufferey is a founding member of the trio Nota Bene with whom he has performed for more than ten years on the European scene, collaborating with artists such as Nobuko Imai, Ilya Gringolts, Silvia Simionescu, Gérard Caussé, Christoph Schiller, Jürg Dähler, Pierre Amoyal, Shlomo Mintz, Fabio di Càsola or Brigitte Fournier.

Internationally, he performs in many renowned festivals and prestigious concert halls such as the Concertgebouw in Amsterdam or the Teatro Sociale di Castiglione delle Stiviere.

He plays on a violin made by Jean-Baptiste Vuillaume (1866) generously provided by a Swiss patron. 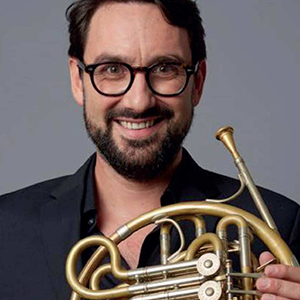 The excellent young horn player Benoit de Barsony, a graduate of the CNSM of Paris, has been the solo horn of the Orchestre de Paris since 2006

Benoit de Barsony was guest juror at the last ARD competition in Munich. He is also the editor of La revue du corniste. 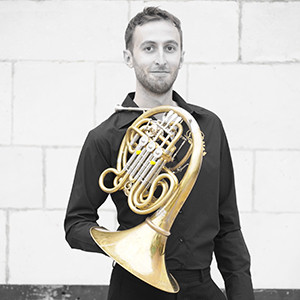 Born in 1990 in Paris, Bertrand Chatenet began learning the horn with Patrice Petitdidier at the Conservatoire de Gennevilliers, then with Jérome Rouillard (Horn), Paul Meyer and Eric Lesage (wind quintet). In 2009 he studied with Erich Penzel, Christian Lampert and Christoph Ess at the Musikhochschule in Stuttgart, and in 2013 with Christian-Friedrich Dallmann and Sebastian Posch at the University of Fine Arts in Berlin. Since 2010 he has been performing mainly as a soloist with major orchestras such as the Stuttgart Radio Symphony Orchestra (SWR), the Bavarian State Opera Orchestra or the Deutschen Symphonie Orchester Berlin.

He is currently solo horn of the Munich Philharmonic Orchestra and assistant professor at the UDK in Berlin.