Relation to tradition in Chinese music education : a comparison with the western situation. 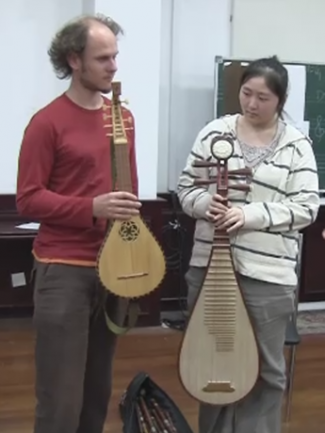 The aim of the project was to investigate the question of the relation to tradition, together with our partners from the Shanghai Conservatory of Music. what attitude have both institutions in respect to ancient repertoire and aesthetics ? what kind of musical and pedagogical practices arise from those respective positions regarding tradition, being in the field of historically informed performance and in contemporary composition ?

The western approach of historically informed performance is seldom used in Chinese approach of western or Chinese ancient music. Contemporary composition, however, borrow frequently in the aesthetical principles or the instruments of the Chinese ancient or traditional music.

The project has involved three departments from the Conservatory of Shanghai : Musicology, Composition and Chinese instruments, and two departments of the HEM-Ge:  Early music and Composition & theory. The project has been partly funded by the Institutional Partnerships program of the SSSTC (Sino-Swiss Science and Technology Cooperation).