Learning patterns of classical North-India music  : study in a laboratory of rhythmic systems and tabla practice. 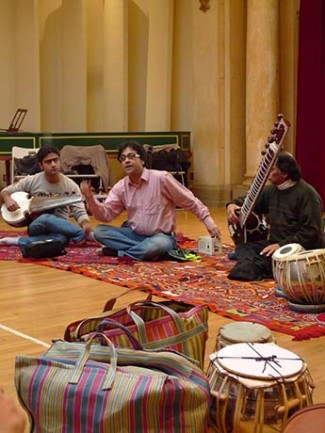 The modes of transmission of North Indian classical music display significant differences in regard to ones of the classical western tradition : emphasis is put on oral learning, collective practice and on progressive training through an intense teacher-student relationship.

The project was run in close collaboration with the music department of the Rabindra Bharati University of Kolkata. Its aim was to identify those differences in transmission modes through practical workshop where Indian and western musical practices where confronted. The academic exchange component of the project has been funded through the Faculty Exchange Grants with India in Social/Human Sciences program of Switzerland.