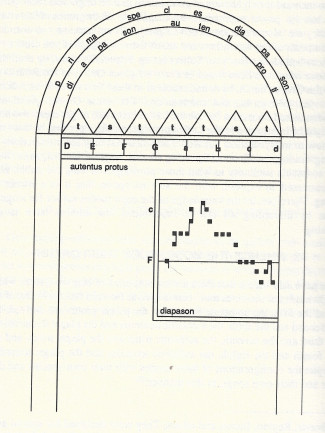 The works of Johannes Ciconia (ca.1371-1412), exceptional both in their volume, as well as their stylistic variety and refinement, have received broad recognition and attention from early music scholars and performers alike. A number of compositions either securely attributable to Ciconia, or having a close affinity with his style, however, survive only in a lacunary state in the sources. This project aims at reconstructing 'as faithfully as possible' the missing voices of the 'Ciconian corpus', proposing performable editions of a number of pieces. This work will also allow for a deeper exploration of the art (sciencia) and praxis (ars) of the late-medieval composer.

Lacunae Ciconiae aims at reconstructing missing voices in the oeuvre of Johannes Ciconia and musicians of his circle. Several compositions either securely attributed to Ciconia, or having a close affinity with his style, survive only in damaged sources and have come down to us not as complete works, but as fragments. Fragmentary music tends to be neglected by researchers and performers, because of the problems posed by music that is either incomplete or has become illegible to the naked eye. Our project focusses on the reconstruction of this fragmentary music, using hybrid intelligence to propose performable editions of a number of pieces and re-evaluating their place in Ciconia's oeuvre.

A first phase of the project has run in 2019-20 entailing an in-depth analysis of the corpus of compositions surviving intact, producing a library of musical loci communes, and the use of these for the reconstruction of a selection of incomplete pieces ascribed or attributed to Johannes Ciconia. The project has combined traditional music analytical methods with digital approaches, using the MIT-developed application Music21. This approach has allowed us to make faster and more exhaustive comparisons between our corpus of complete pieces and the incomplete compositions. We have used this to assess the statistical probability of certain choices in reconstructing these. Furthermore, the team has applied and expanded upon existing methods of digital photographic reconstruction, to recapture musical information on particularly damaged parchment folios. This has not only allowed us to propose several corrections to the existing edition of Ciconia's works, it has also produced a number of plausible candidates for reconstruction among pieces in equally damaged sources.

The current phase of Lacunae Ciconiae (2022-2024) builds on earlier results obtained by the project, employing state-of-the-art imaging technology, and developing new tools of digital musical analysis, specifically to investigate this repertoire. In the semi-oral culture of polyphonic music-making at the turn of the fifteenth century, the compositional process cannot satisfactorily be investigated without regard for the oral transmission and mental components of composition and improvisation. A small-scale 'living lab' ensemble (working title: LacunaLab) will conduct practical experiments in these areas, guided by the principal investigator.